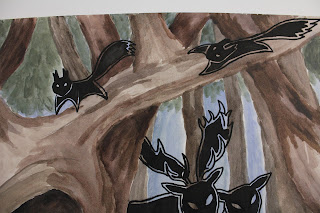 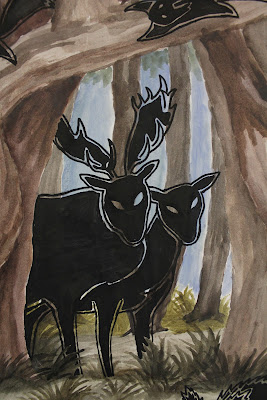 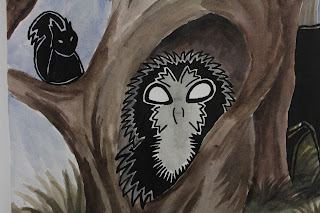 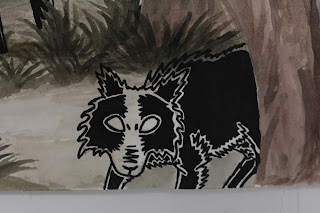 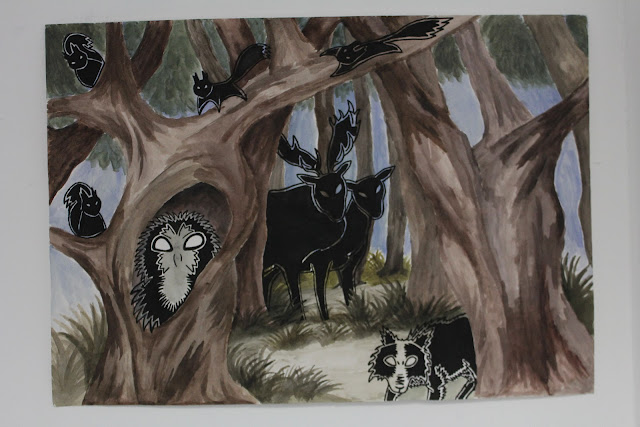 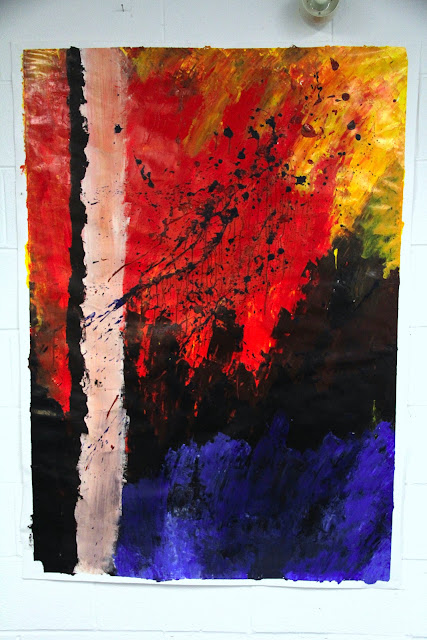 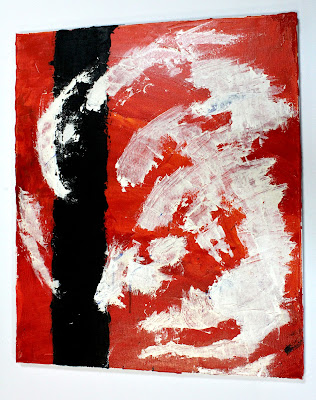 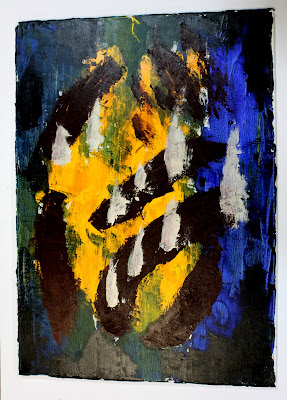 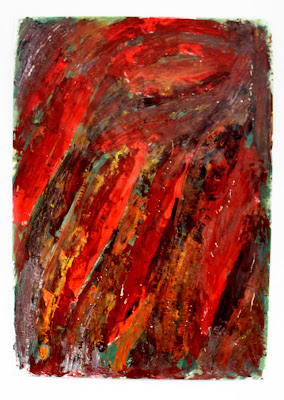 Well its been a while since I last posted but here is a quick update, over the summer I've been working on my Foundation Summer Project which has been a big learning experience for me and been the most rewarding.

I had done this project before since i'd applied for the foundation diploma and had been unsuccessful, but this time i had two years on the BTEC in Art & Design under my belt so I was definitely better prepared.... this project required that I go see some exhibitions but of course going to London was out of the question, so I settled for some local exhibitions in Bridport which were just fine.

Afterwards I felt inspired to start my project, coming with an idea was tough since I had nobody to share & bounce ideas with but I managed just fine, once ideas started flowing I could follow through with research and ideas...and thus my project was on its way.

I did a lot more work on this project  than I had done in my previous attempt two years ago and I think its going to pay off, this project has had its high's and low's, I've stressed over it pushing myself to work on it everyday little by little...now my final piece is near completion :D

I will have pictures up soon but for now, I just want to let know how I'm doing...I using my stress to motivate and push myself forward, thinking carefully about everything I'm bit by bit but not stressing about the mistakes too much and just going with and seeing what happens and so far its paid off :D
Posted by Craig Arnold Illustration at 17:13 No comments:

Update: I've finished the BTEC in Art & Design as of last week


Hello everyone, sorry for the delay with this latest update but I've just pre-occupied with things.

Anyway I have finally finished the BTEC Extended Diploma in Art & Design, the last project was awesome  but also a lot of hardwork and stressful at times.

This was my Final Major Project which gave me the opportunity to do what ever I wanted to do, so I decided to go in the direction of illustration which I am really interested in do in the future. I really wanted to do something that was on a larger scale than I had done in previous projects before and after Public Art, so I decided to produce a large scale illustration based around Weymouth and its music scene, Which has been slowly growing in Weymouth for the past year or so thanks to Hourglass promotions.(http://www.hourglasspromo.co.uk/) 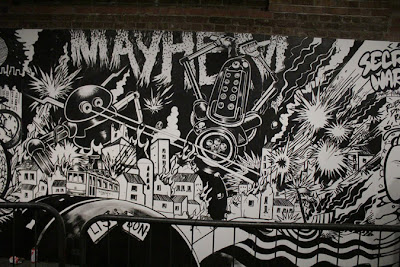 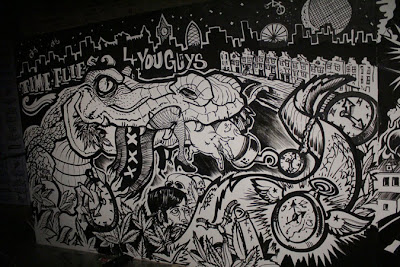 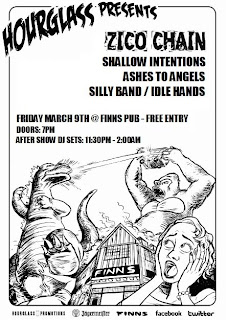 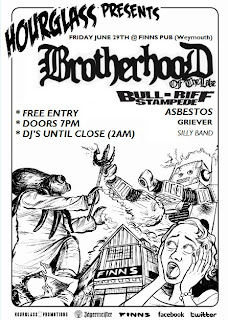 I took a lot of inspiration from the works of Secret Walls@thesecretwalls.com, which produce a lot  of large scale illustrations in black and white. I produce my illustration with Posca pens which are basically paint pens, i got the idea for using this media from one of my favourite artists Jon Burgerman who produces Doodle Art with Posca pens and acrylic paint. I also had some inspiration from the hourglass promo free gig posters.

My illustration consists of aspects of Weymouth particularly focusing on  the places where the music scene takes place. So we've got Weymouth beach, the town centre from across the harbour, Finns and the Pavilion. Then also King Kong and Godzilla who represent the music and what goes down at the gigs/concerts taking place in Finns or the Pavillion. 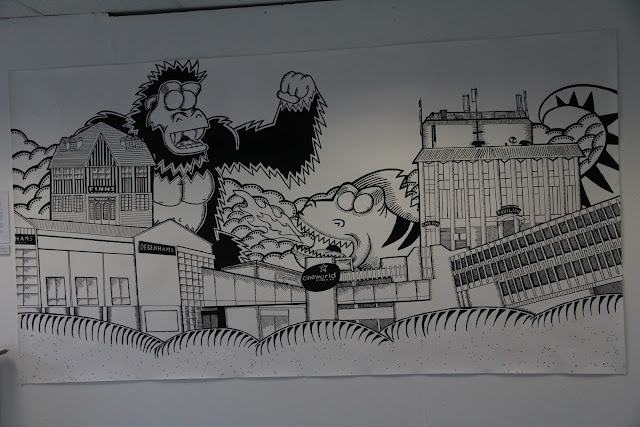 Here it is and as you can see a lot detail went into this and there was a point when I kept wanting to add more to it but thankfully I stopped when I did because otherwise it may been too much.
Posted by Craig Arnold Illustration at 12:12 No comments:

Hello again well this update is over due but better late than never, one of the hardest and most stressful projects I have ever had to do, but it was worth it in the end. As I said before these were 3 final pieces based around a piece of text or in my case three separate pieces of text but connected to the text, they are connected by the fact that they are song lyrics by the same band (SLIPKNOT) from the same album (IOWA). 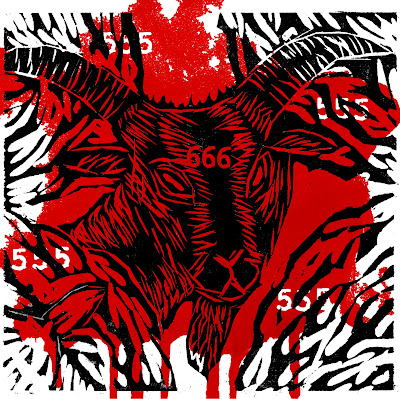 The Heretic Anthem :D, I tried to capture the idea/meaning behind the song of individualism and standing out of the crowd. So I looked at the concept of a goat among sheep and how you should not follow the crowd like a sheep. 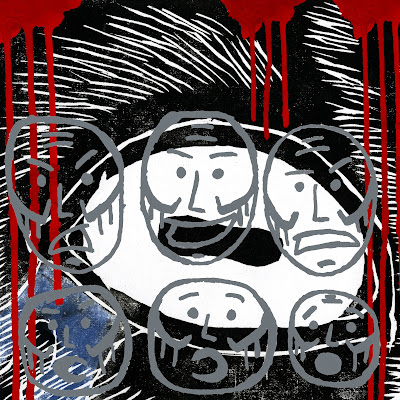 People=Shit :D, I again tried to capture the idea/meaning behind the song of the people who were against Slipknot and their music. The image also shows what they went through for there music and the abuse they got from the people who equal shit. 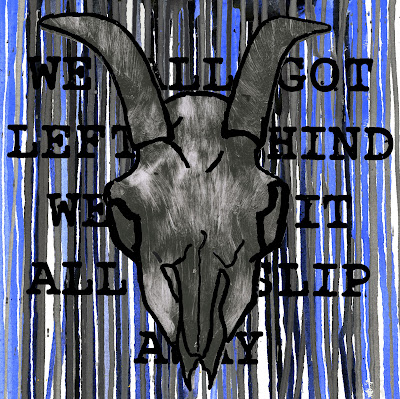 Left Behind :D, with this piece I tried to capture the concept of being left behind, what is left behind after death and what is washed away.

Each piece is connected to each other by an aspect of the Goat which represents the Band and the audience (those that listen to and are fans of the music). The goat is stands alone rather than following the crowd like a sheep which is a key symbol of the band which they have used in there album for Iowa and on there coveralls which they have worn on stage.
Posted by Craig Arnold Illustration at 19:31 2 comments:

Hello everyone, a lot has happened since I last posted, so lets catch up....


Well there was Xmas and I've got a Digital SLR camera :D a Canon 60D, which is awesome so I'll be post some pictures on here soon and my flickr as well (might just do that and post a slideshow). Also Ive been back at college so that means new projects such as 'Public Art' where I got to do a painting with someone else on my course for the Science Department which was awesome, a bit Love & Hate Experience but still great to have been able to do and it turned out amazing. Here is a picture (the painting is slanted I'm afraid, sorry) :- 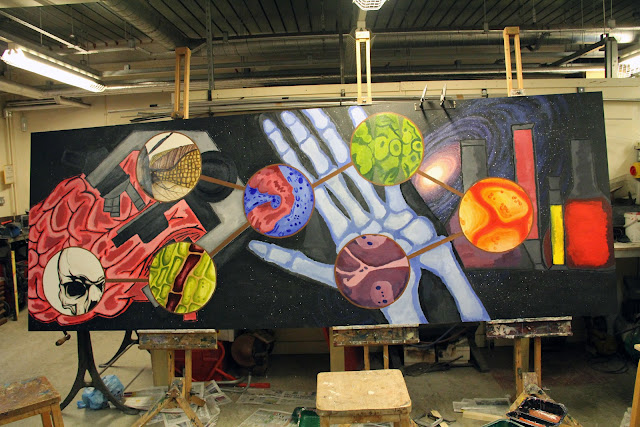 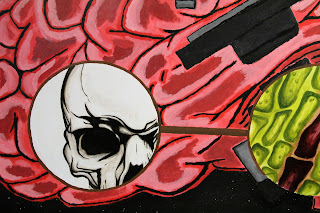 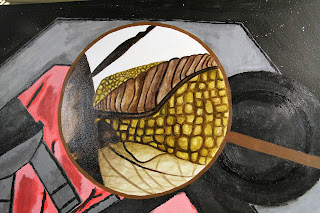 This was a lot of work and took a week to just paint it all before 1/2 term, but it was worth the stress :D.

Ok, As for what I am doing now currently is 'Narrative Image & Printmaking' it didn't have the best of starts with all the work we had to and the time we had to have it done by but its now starting to get a bit better (slowly but surely)


Basically I am producing 3 final outcomes that will be Narrative Images based a piece of Text(s) and will have an element of print in them. I am basing mine around song Lyrics from my all time favourite band 'Slipknot' and taking songs from the album Iowa, which is a brilliant album. I hope to produce 3 outcomes which are 3 pieces album artwork each representing a song from this album.


Posted by Craig Arnold Illustration at 19:21 No comments: